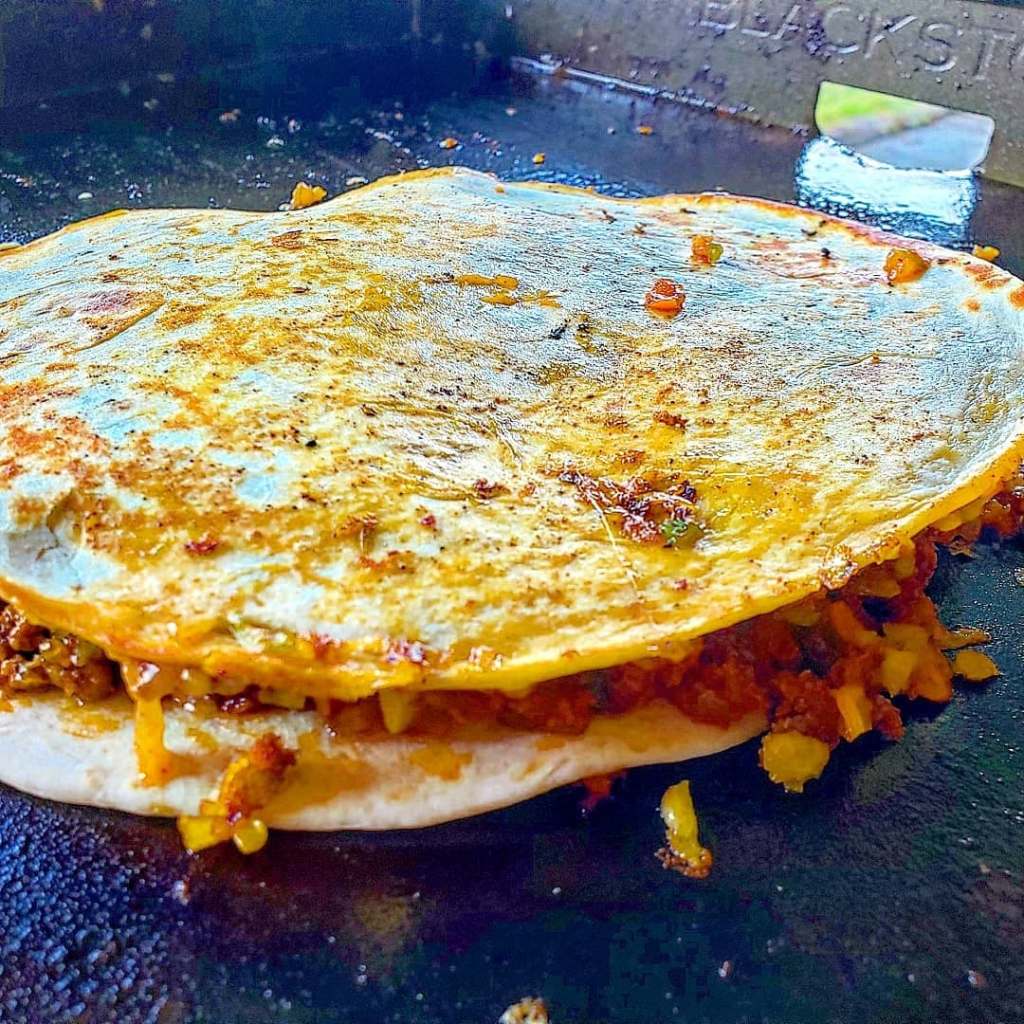 This is not for the faint of heart. I’m a lite chilihead and was craving some extra flavorful with a powerful pepper punch. I’m a big fan of chorizo. I first had it many years ago at a local Mexican restaurant where they include it in their fajitas that I’m a big fan of. 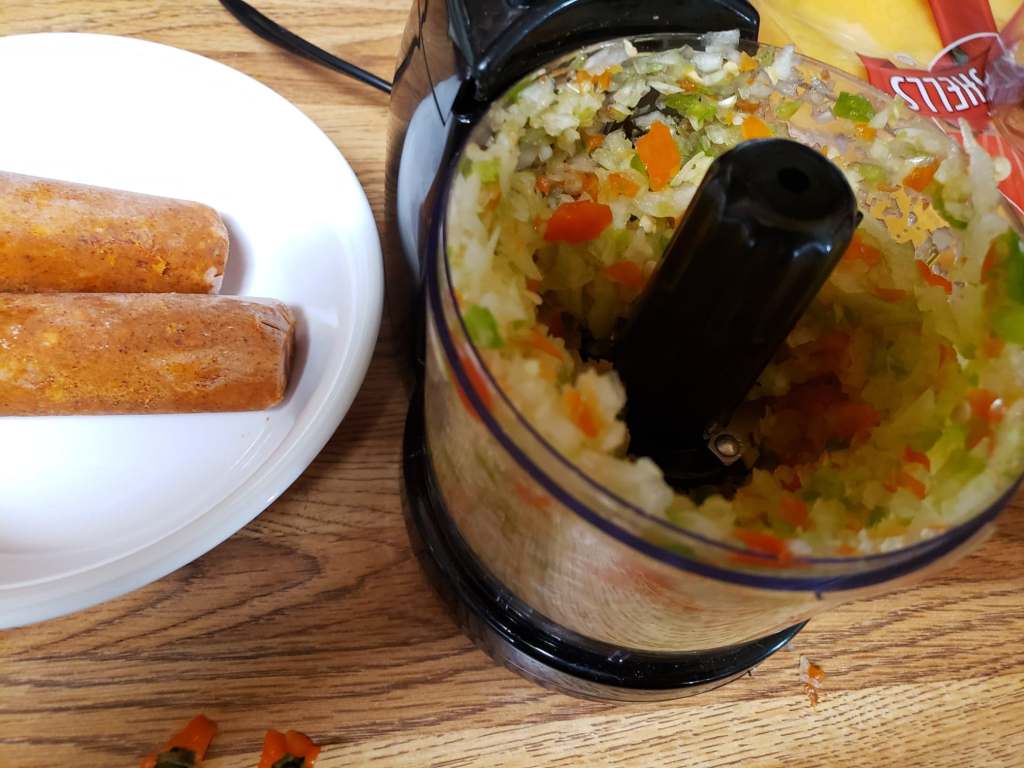 Posting this stock photo just to give you an idea of the ‘rolls’ of chorizo from Ole Mexican Foods.

— You can use a skillet pan for this, but I used my 17″ Tabletop Blackstone Griddle for this cook.
— After pre-heating the griddle to high heat, I added my chorizo to the flat top surface and began mashing it up with a spatula.
— Since chorizo doesn’t take too long to cook in this manner, a few minutes later after plenty of stirring the chorizo around, I added my mixture of the habaneros, the jalapeno and the onion to the mix to stir in.
— After the peppers and the onion cooked for a few minutes in the chorizo, I turned the heat down to low, moved the chorizo/pepper/onion mix to the side
— Add one flour tortilla to the griddle surface, top with cheese all around the tortilla
— Add the chorizo/pepper/onion mix on top of the cheese-topped tortilla
— Add another layer of cheese before placing another tortilla on top of it.
— Push the top tortilla down to create a little bit of a ‘stick’ with the melting cheese.
— Flip after about 15-20 seconds, very carefully, by sliding the spatula underneath and holding the top tortilla with your hand. Be careful to avoid burning yourself.
— A minute or two later, plate it up.

If you are a spicy food lover like me, you will love this delicious concoction.

Leave the recipe as is or modify it! Whatever you do, give it a shot and let me know what you think about it.