Is It Still Worth it to Buy a Barrel House Cooker?

You have been in the market under the notion of buying a new smoker for a while. After much deliberation, you decide that you are most interested in a drum/barrel-like smoker for hot’n’fast style cooking and the ability to hang meats. In your barbecue-fueled research, you come across the BHC (Barrel House Cooker) and the PBC (Pit Barrel Cooker). The PBC is arguably the most popular, highly heralded pre-built drum cooker in the world. However, your interest is piqued by the features of the BHC, as it appears it can do a bit more in the cooking and user accessibility side of things than the PBC.

However, in the same vain of research, you might discover that Barrel House Cooker was recently acquired by Pit Barrel Cooker. That could be why you are here right now, as you consider your upcoming prospective purcase of a new drum smoker. Yes, that is true. Barrel House is now owned by the Noah Glanville (creator of the PBC). In short, a legal battle broke out after PBC sued BHC. The results of the lawsuit found that BHC would have to pay royalties to Noah and PBC with some of the proceeds from each sale of a BHC. It wasn’t long before PBC acquired BHC in an act of debt forgiveness.

You might be wondering, with the advent of this news being uncovered, if it is still worth purchasing a Barrel House Cooker. My answer to that curiosity is a resounding yes. You can take my word however you want it, but I have two Barrel House Cookers, and I have cooked with them at least one hundred times since my original purchase in April 2018. You can read my extensive review of the Barrel House Cooker 18C here.

The Glanville family announced that Barrel House Cookers are going to continue to be produced alongside Pit Barrel Cookers. It has been noted that they will still be operating under the two separate names. This should dispel any concerns over the cookers being removed from the market. 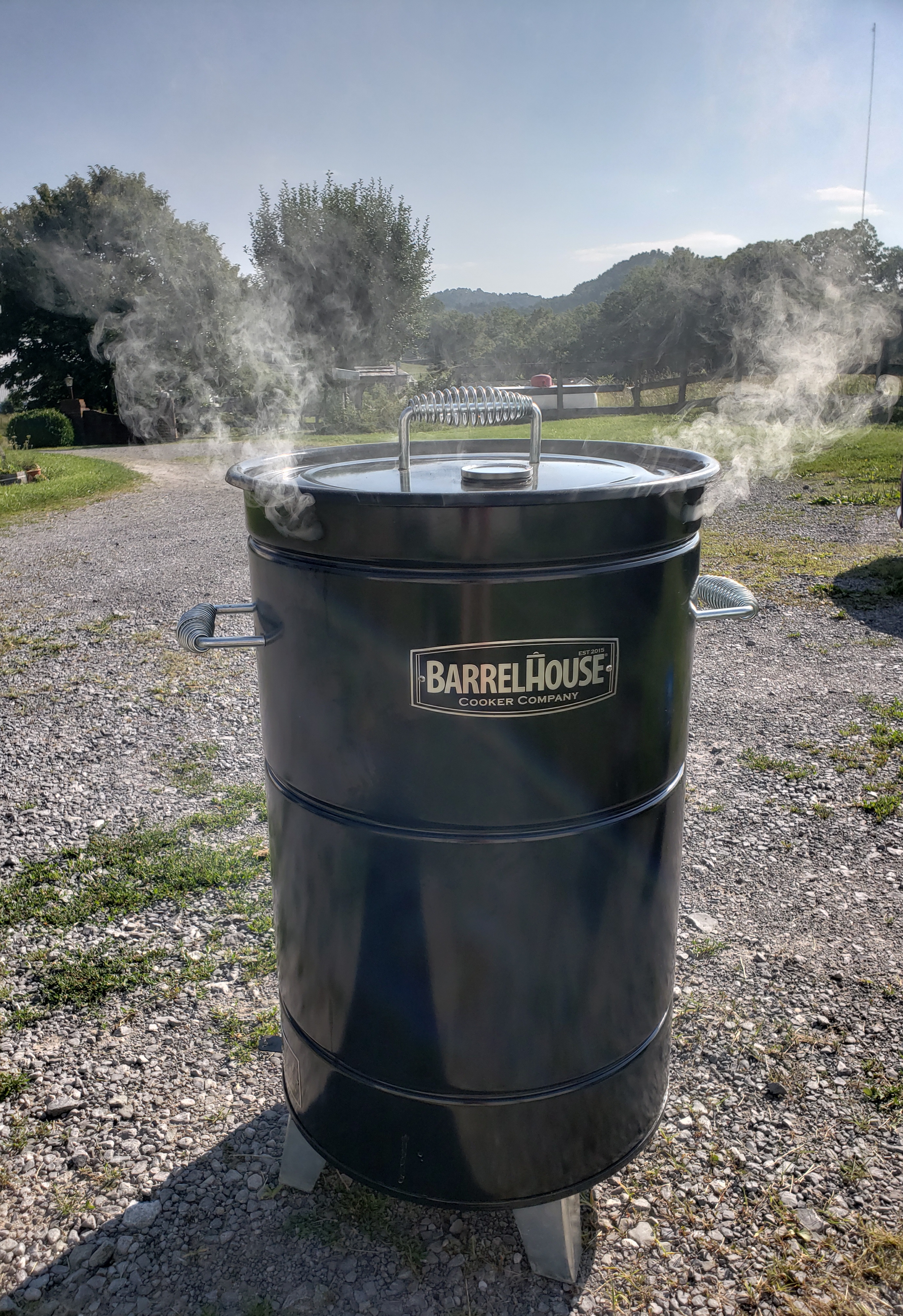 My Barrel House Cooker 18C smoking away. Photo is from July 2018.

I bought my BHC 18C cooker for $249 (plus tax) in 2018. Nowadays, the BHC is sold on Amazon for $299. While the price increase is unfortunate, the BHC is more than worth purchasing, especially over the PBC. I absolutely know and understand that the PBC is a fine, exceptional cooker — which is why it is so popular and receives as much love as it does — but I simply prefer the BHC’s plethora of extra features, which is objectively cool to use when possible.

These are a couple of the advantages the Barrel House Cooker offers over the Pit Barrel Cooker (it is actually nice to be able to write this now, without fear of debates arising over BHC vs. PBC, now knowing that Noah Glanville and Co. are benefiting from both entities now).

Advantages (Features) of the BHC That Are Better Than the PBC

If you are on the fence, I can’t help but recommend that you go ahead and give Barrel House Cooker a shot. The features are nice, it is durable (I can speak for myself, and for many others from a Barrel House Cooker hangout group on social media, when I write that) and easy to use. It pumps out excellent barbecue, which I can also vouch for, and you will find that in a myriad of my posts on here where I have been consistently using my Barrel House Cookers for the last two years. My only complaint is that I did not purchase one sooner.